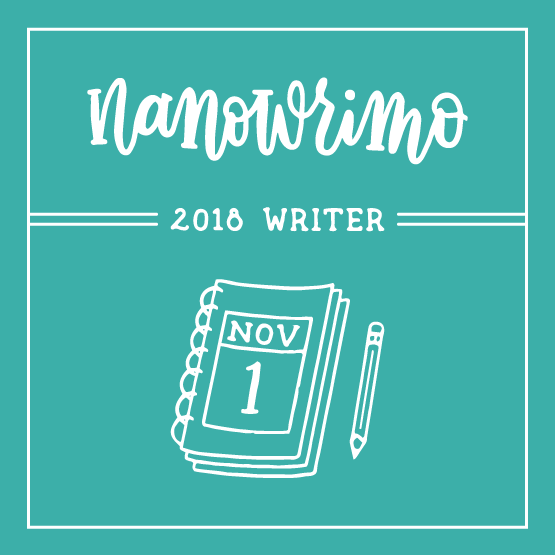 Lists are awesome. They keep us organized, they’re great for reminders, and they get stuff To Done. But putting together a list isn’t the same as writing, is it? Well, everyone’s process is a little different, but I would argue that lists are one of the best (and easiest) tools for a writer to utilize.

As a Pantser, I don’t go into NaNoWriMo with a lot of pre-writing in my back pocket. Outlines don’t excite me. Instead, I use Mood Lists to help me remember the things that most excite me about my project. Instead of events and plot points, I keep track of the hooks, puns, cool locations, and other quirks and details. It’s like a moodboard, but made with words!

My Mood Lists are messy, and funny, and fairly loose because I like that raw stage of the writing process the best! It inspires me to return to the “sketchy” phase of my writing project. When I can’t remember why I made certain choices I can refer back to my Mood List and it often clears up the confusion.

Now, plenty of places offer you writing prompts, but I don’t usually find them helpful because they don’t fit my specific NaNoWriMo project (get out of here, SciFi prompts!). So I’ve learned to create my own. I find a mixture of random words, funny phrases, and favorite tropes or scenarios usually provide enough inspiration to write a scene or two. Then I move on to a new one.

You can either create a giant pool of writing prompts to pull from, or make a short list at the end of each day so you’re always coming back to your project with ideas. Tip: Don’t pick prompts that fit your story or scene too easily. Your creativity kicks in when there’s a challenge involved.

Sometimes stories change along the way while you’re writing, and making decisions about the direction can cause a bit of creative blockage. Instead of stopping, try creating a couple of lists to see which option is better for your story. Ask yourself questions like:

After you create your lists, walk away for a bit and take the time to think it over. If an answer isn’t clear after an hour or so, try writing some sample scenes. There’s no rule that says you can’t play around with your story, even if what you write doesn’t make it into the final book.

Lists Can Catch Your Plot Holes

Toward the middle of the month I will usually create a quick chronological list of the scenes I’ve written and the ones I need to get to sooner or later. Why? Because my non-linear brain often skips important scenes, forgets where I was headed when we started this crazy journey, or causes me to miss gaping holes (like how two major characters have never even talked to one another. How?).

Checking for missing scenes is very helpful, especially for Pantsers, because suddenly there’s a whole bunch of things you need to write! Super helpful during NaNo’s mushy middle. It’s also a great way to see your project from a new perspective and get some ideas for future scenes.

Do you get really stuck when writing dialogue? Dealing with conversations that sound forced, are awkward to write about, or completely wander off-topic is going to happen a lot during NaNoWriMo. Which is fine for your word count, but will be killer to edit later. Instead, try mapping the conversation first!

Jot down the gist of what each person in the conversation would say, keeping in mind their personalities, current mood, and personal opinions on the subject. For me, these are usually dialogue only. No gestures, no adjectives, no quotation marks.

Keeping things a little more hands-off and simplified helps take the pressure off. Later, you can flesh out the conversation and add more personality, setting details, and punctuation.

How do you use lists to aid your writing?
Find me here if you want to follow my progress or join in on group word sprints!