Thanks to certain streaming services and the awesomeness that is working from home, I watch a fair amount of TV. As with any brand of storytelling, there are certain patterns that begin to emerge as you become familiar with a certain genre or medium. In TV, these are called tropes. 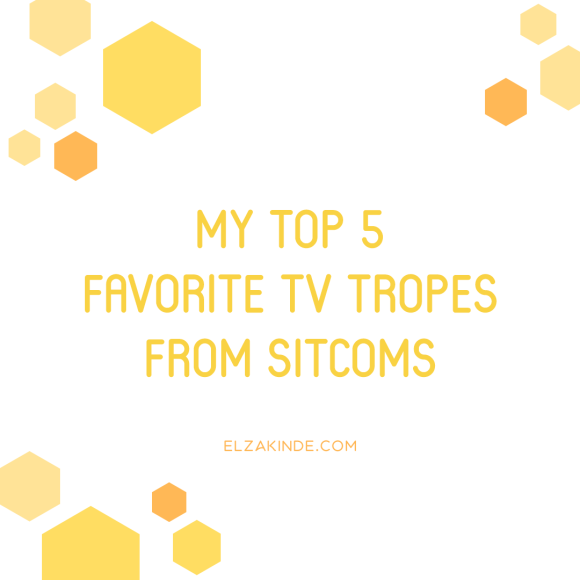 While some have definitely gone the way of the cliché, tropes are just another tool used by TV writers to help make episodes interesting and appealing to viewers like us. Today, I’m sharing a few of my very favorites from comedies or sitcoms.

Nothing brings excitement to an episode like two different groups of friends awkwardly meeting, work and home life getting tangled together, or an altar ego’s teammates bumping into their unmasked compadre unwittingly.

I’m a big fan of a running gag, so having a character often mentioned, easily pictured, but never seen is a delightful little detail that I’ll always support. It actually disappoints me if a named-but-not-seen character suddenly shows their face in a later season.

For me, this is a bit that never gets old. Watching talented actors pretend they don’t know how to behave in front of a camera, stumble through lines, or over-act is just hilarious.

There’s something about a young character who can outsmart the entire adult cast that my irony-loving heart adores. From inventive to surprisingly mature, mathematically gifted or full of street smarts, you can’t help but root for the kid who’s got all the right answers.

I’m that person who pays attention to characters’ outfits and would probably wear something inspired by their wardrobe, so it probably isn’t shocking that I adore episodes in which everybody wears something out of the ordinary. In my opinion, an elaborately designed costume is always appropriate.

What are some of your favorite TV tropes?

2 thoughts on “My Top 5 Favorite TV Tropes from Sitcoms”